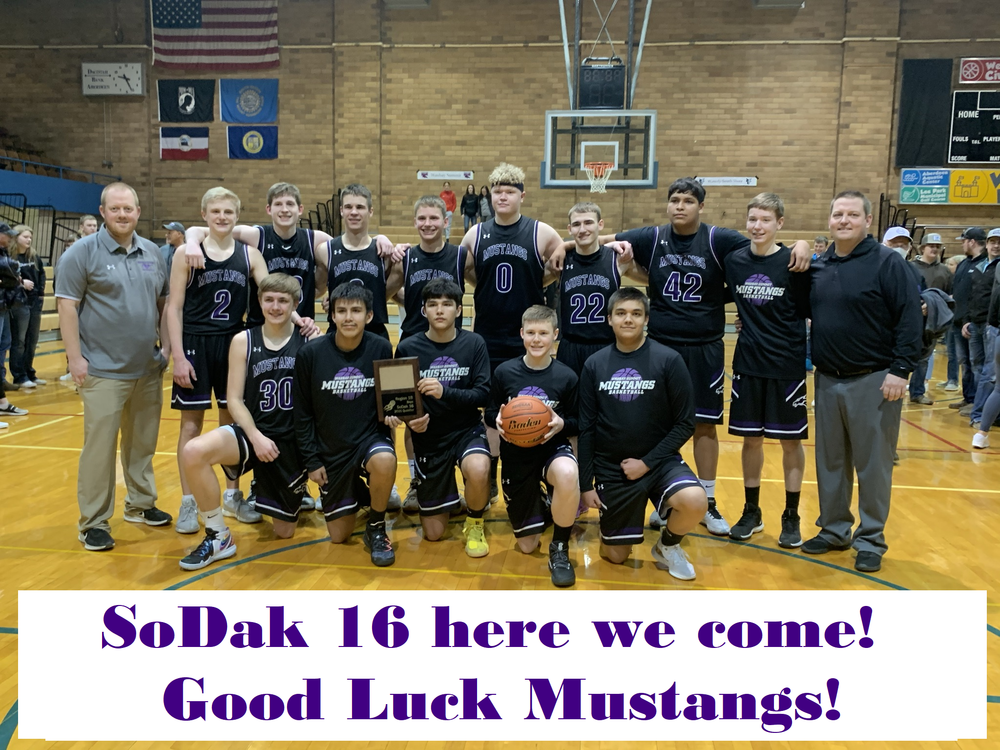 The Mustangs boys’ basketball team will be sent off with all the love from their schools and are making the trip to Mitchell for their SoDAK 16 duel against the White River Tigers today. The game will be played at 6:30 pm at the Corn Palace. The road to SoDAK 16 began with a win over Northwestern last Tuesday, three days later the Mustangs took on the Warner Monarchs in a tight game between two hard-working teams, fortunately the Mustangs came out on top of the close battle 53-51! Let’s Cheer on our Mustangs from near and far today! This is a first in the record books for the Mustangs co-op, making it out of Region tournament play and into the next round. Very well deserved as they have had one heck of a season that has taken a lot of hard work, hustle and heart but boys… has it been so worth it! The fans are so proud of how far this team has come this year. Win or lose you’re all number #1 in our hearts, always have always will be. After all we’re two small towns, with one big dream and we’re off to the SoDAK 16.