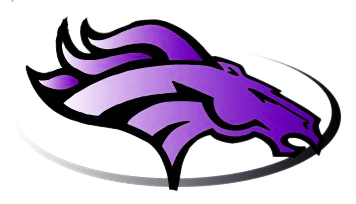 The Mustangs stampede into the playoffs!

Basketball post season has begun! Last week the Lady Mustangs had the first night off with a bye then played two intense battles in the Region 1B playoff last week. The first against the Leola- Frederick Titans and the second vs the Aberdeen Christians Knights. With a 63-37 win on Tuesday night over the Titans the Lady Mustangs advanced to the final round of Region 1B play-offs on Thursday to take on the #3 seed Aberdeen Christian Knights. The Lady Mustangs held their ground and proved that they are a force to be reckoned with, although they fell short of the win vs the Knights on Thursday in a 43-34 loss.  Unfortunately, this abruptly ended the Lady Mustangs season, and as goes with any team not the ending they wanted for the year. However, coming from the sidelines, you all played with heart this season and we all saw it in the stands. It was a fun season to watch you all grow and succeed throughout the last few months. We asked Coach Howard before playoffs started what he hopes his team takes away from this season he said, “hopefully they learn the importance of working with others to get to a common goal. Being part of a team.” Mission accomplished Lady Mustangs, mission accomplished. Here’s to another amazing season of basketball, we all can’t wait for next year!

Shifting gears, the Mustang boys team took the court in Warner taking on the #6 seed, the Northwestern Wildcats. The boys came out on fire last night and were quick to put points on the scoreboard! Although it looked like the boys were struggling in the foul department, they quickly regrouped and played some of the best basketball I’ve seen them play all year. The players were in it, the coaches were in it, the fans were in it. It was a great atmosphere all around for the Mustangs last night. The Mustangs toppled over the Wildcats in a 72-43 win. Earlier this season we asked Coach Amdahl how he feels the team has grown this year, he said, “We are winning the close games this year where in prior years we didn’t. We are playing as a team and its’ fun to watch!”.  The Mustangs will take on the Warner Monarchs in Aberdeen at the Civic Arena this Friday at 7:30 pm.